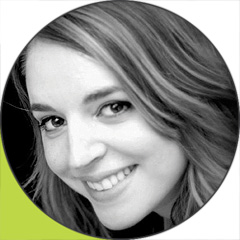 Currently wowing audiences at Wyndham’s Theatre in the West End, Life of Pi began life as a novel by Yann Martel. Much like Richard Parker - the story’s mighty Bengal tiger - it’s a beast that hasn’t looked back since. Following an Academy Award winning film in 2012, it has now been adapted for the stage by Lolita Chakrabarti and earlier this year took home five Oliver Awards, including Best New Play, Best Lighting Design and Best Set Design. Inside, we present Rob Halliday’s detailed production report as he discovers the creative journey taken by the crew to bring life to Pi on stage.

Also inside, we report on Queen Elizabeth II’s extraordinary Platinum Jubilee celebrations. From a refined, religious service of thanksgiving that required sensitive lighting, to a multi-genre concert complete with a stunning drone show, to a jubilant pageant showcasing the best of British culture, there was certainly plenty to enjoy.

Meanwhile, Simon Duff visits Peckham’s finest dance music festival, GALA ’22 to detail the sound systems in use; plus we report on the brand new Creative Centre at York St John’s University. On the tech front, Richard Cadena gets to grips with the new Cyberlight LED from High End Systems and discovers how the new moving mirror fixture builds on the original Cyberlight’s legacy. Plus, we present the latest product launches and developments. On the subject of new technology, I’m pleased to announce that the 2022 PLASA Awards for Innovation are now open for entries. If you’re interested in entering, make sure you do so by 5 August via the PLASA Show website. But for now, I’ll leave you to enjoy your July issue of LSi, with all the previously-mentioned features and plenty more to sink your teeth into . . .

Rob Halliday reports on the Olivier Award-winning stage adaptation of Life of Pi that has pushed the limits of tech for theatre . . .

LSi discovers some of the technology at work behind the awe-inspiring events that celebrated Queen Elizabeth II’s Platinum Jubilee . . .

As revellers descend on Peckham Rye for dance music extravaganza GALA ‘22, Simon Duff checks out the audio systems at work . . .

LSi discovers how the 66th edition of the Eurovision Song Contest quite literally found its sparkle . . .

Fit for the future

LSi discovers how York St John University has benefitted from a flexible light and sound installation in its recently opened Creative Centre . . .

A marvel of flexibility

Gareth Owen explains how he deploys a specific loudspeaker to achieve the same sonic quality across a diversity of theatre productions . . .

A round-up of the latest product releases and developments from across the industry . . .

Tweets from our Friends